Perfect Storm For Business. Or What Burisma Group Really Is In Ukrainegate?

Since the summer of 2019, Burisma Group, a Ukrainian energy company, has been surviving in a perfect storm. The enterprise has found itself at the center of political struggle in Washington, having become “ground zero for a central claim,” as a USA Today journalist once put it. But the truth is that Burisma Group is not and has never been either the “ground” or cause of the American Ukrainegate. So what is its real role in the context of this political strife? As a member of Burisma Group’s board, Alexander Kwasniewski noted in one of his interviews that Burisma has become a victim of political struggle.

Burisma Group is engaged in honest and transparent energy business in Ukraine, annually producing over 1 billion cubic meters of natural gas. This is more than 5% of the entire volume of gas consumed in the country and more than 10% of imports.

The group has never concealed its ownership structure, which can be easily checked in open registers.

All that is the group’s “fault” is that five years ago, Burisma’s Board of Directors adopted a new development strategy.

It provides for engaging competent experts into the Board according to the best international practices of oil-and-gas company operations and standards of corporate governance.

The following success of Burisma Group operations proved that the Board’s decision was strategically well-founded. Today, the company is not only producing billions of cubic meters of gas but also investing billions of hryvnias in examining new areas, studying and exploring hydrocarbon fields and developing means of production. This allows for an increase in gas extraction in Ukraine thus helping the country to gain better energy independence from gas imports.

In the course of the past two years, Burisma Group invested about 1 billion hryvnias into geological prospecting and exploration on the territory of Ukraine. In particular, last year the group carried out 3D seismic works in an area of more than 500 square kilometers, having concluded contracts with foreign and domestic companies to cross-examine and interpret the data obtained. 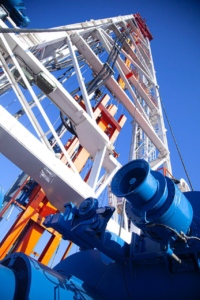 In 2019, the group also drilled nine new high-tech wells and did capital repairs at 22. Over all, during the last three years more than 40 wells have been drilled and more than 50 repaired.  It is planned to drill 15 more new wells in 2020. Today, stimulation and capital repair works are ongoing at four wells, and three wells are being prepared for drilling.

The company pays a lot of attention to investments into cutting-edge technologies.

All in all, Burisma owns 20 drilling machines with capacities ranging from 112 to 680 tons, including the SK 3000 worth UAH 1 billion – the largest land machine in Eastern and Central Europe.

Moreover, Burisma Group operates the largest hydraulic fracturing fleet in Ukraine, consisting of 15 pumps with a total capacity of 35,000 horsepower and has its own NOV Hydra Rig coil-tubing fleet.

In addition to drilling, Burisma Group is actively investing in on the ground infrastructure. For example, last year the group started construction of a turbo-expander unit at the gas distribution station in the Vodianivske field. The facility’s operations will increase profitability of gas production and reduce the cost of work.

In 2020, Burisma plans to build new gas pipelines and facilities for propane cooling of natural gas, reconstruct its Complex gas treatment unit, continue the construction project of a condensate stabilization unit and a plant for deep extraction of propane-butane mixture (technical propane butane mixture or LPG) from natural gas.

At the same time, Burisma Group advocates for environmentally-friendly business and prefers business solutions that help preserve the environment. 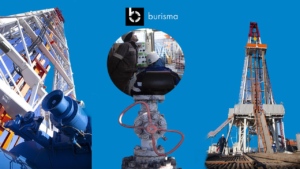 Burisma is one of the largest taxpayers in Ukraine.

In 2019, in spite of the “perfect storm” and unfavorable market conditions, the company paid around 3 billion hryvnias into the budget. This amount can be compared to the costs that Ukraine plans to use in 2020 for procurement of drugs and medications to treat a number of serious diseases or for provisions of special equipment to schools or social protection of teachers or for recycling of ammunition which can be found in large numbers in the country because of the ongoing war.

Every year, Burisma Group spends hundreds of millions of hryvnias in cooperation with local communities for social protection of children. This is a multifaceted and long-term agreement aimed at development in the regions where the group carries out gas extraction.

Thus, for example, by the beginning of the academic year, the group is giving useful and essential presents to schoolchildren in the regions. Last year, the company provided Kharkiv region’s educational institutions with state-of-the-art equipment and sports clothes. The group also awarded authors of the best Ukrainian songs with special prizes in course of a project called “All-Ukrainian Children’s Charity Festival “Black Sea Games – 2019” held in Skadovsk.

All in all, during the last three years, Burisma Group realized social projects to the amount exceeding 160 million hryvnias. The group’s funds were used to build and repair hospitals, schools, kindergartens, sports clubs, motorways and other socially-significant objects in many towns and villages of the Kharkiv region.

A perfect storm is dangerous. It leaves no one alive in the eponymous film by American director Wolfgang Petersen. However in real life, I am sure Burisma Group will not only weather the blows of political waves but continue its strategic course of development.

Of course, it would be great to get some support from the state and international organizations. Because the group’s energy business carries a strategic importance not only for Ukraine but for all of Europe. However, until the next elections in the USA in 2020, I am afraid that the attacks on the company from ill-wishers will not cease. That is why, today, Burisma’s principal task is, after all, to try to pass unharmed between the Scylla and Charybdis of international politics.

Images on this page are licensed under a Creative Commons Attribution-NonCommercial-NoDerivatives 4.0 International License.